Founded in 1921 by James T. Barry, Sr., the Barry Company originally focused on suburban residential development in and around Milwaukee.

When the Great Depression hit, the company focused on managing foreclosures and brokerage assignments for First Wisconsin Bank. In the 1940s, the company helped the federal government locate industrial premises for the war effort, and in the 1960s, the company became involved in the development of Wisconsin’s first industrial parks and offices. .

The Barry Company has always been involved in many of Wisconsin’s largest and most important real estate transactions, such as arranging land assembly for the development of the American Bank building, for the huge center of Amazon distribution in Kenosha and for the site of the new Milwaukee Public Museum.

The company has been a leader in sale and leaseback structuring for companies such as Harley-Davidson, Snap-On, Inc., Harken, Bentley Worldwide Packaging and many more. The Barry Company’s specialty has always been the brokerage of large industrial, office and land transactions.

Barry has been a regular recipient of the Commercial Association of Realtors of Wisconsin (CARW) ‘Deal of the Year Award’, having most recently won in 2020 for structuring an office rental and sale transaction. for the Bradley Foundation. The company has received numerous other awards for its transaction skills and creativity from numerous organizations.

Throughout its history, The Barry Company has maintained a strong commitment to the Milwaukee community. James T. Barry, Sr. was a business and civic leader dealing with real estate matters for the Archdiocese of Milwaukee and other nonprofit organizations. James T. Barry, Jr., who passed away in 2019, has served as chairman of the Milwaukee Board of Realtors and a member of the boards of directors of numerous civic and charitable groups, including the Metropolitan Milwaukee Association of Commerce. James T. Barry III, who is currently president of The Barry Company, is a past president of CARW, the Rotary Club of Milwaukee, the Wisconsin Policy Forum, the Milwaukee chapter of the American Red Cross and former co-chair of the United Fund for the Performing Arts (UPAF). He currently serves on the Boards of Directors of the Bradley Foundation, Boys & Girls Clubs of Greater Milwaukee, UWM Foundation and the Archdiocese of Milwaukee Finance Council as well as many other organizations.

“We are proud that the Barry Company has been an integral part of the Milwaukee business and civic community for over a century,” said James T. Barry, III. “We believe this is a testament to our strong commitment to our customers and the Milwaukee community, as well as our reputation for creativity and hard work. We look forward to the next century.

Kevin Barry and David Barry hold management positions within the Barry Company and are also the third generation of the Barry family to work at the company. 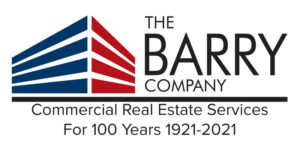 Arizona real estate company Walton added to its Loveland real estate holdings with the purchase of 113 acres at the crossroads of Campion and South Lincoln Avenue in Loveland. Walton – which is unrelated to Walton Street Capital which owned the Foothills Mall in Fort Collins – has a letter of intent with a national […]